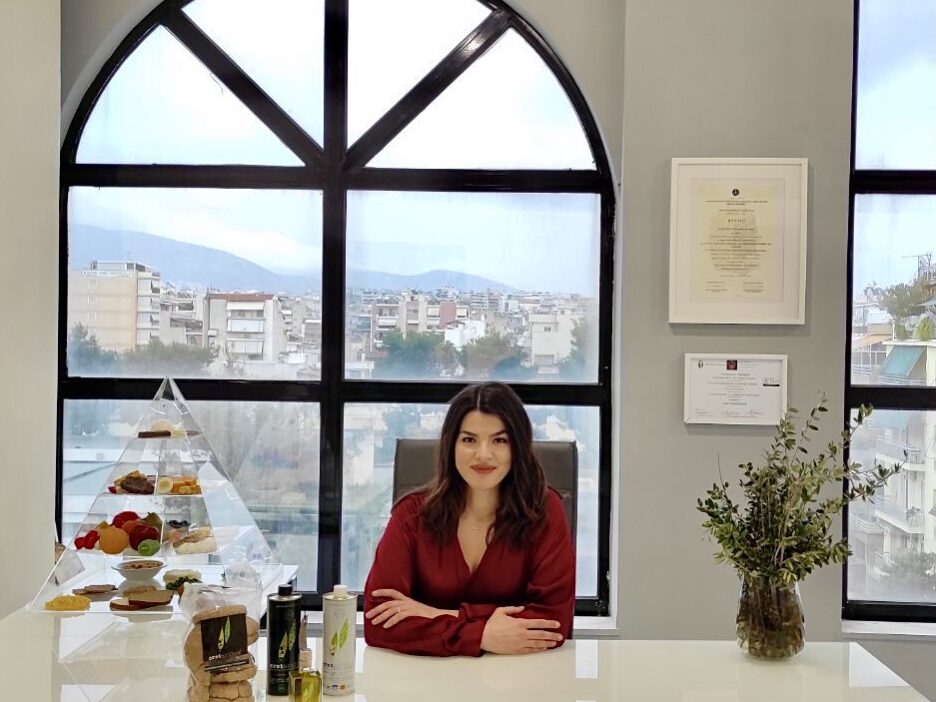 The relationship between diet and health has been established since ancient times. Hippocrates with the well-known phrase “Let your medicine become your food and your food to be your medicine” states this truth in a sentence.

The Mediterranean Diet (MD) has been proven to be a diet model with multiple health benefits, reducing the risk of metabolic, cardiovascular and inflammatory diseases, through the abundance of macronutrients and micronutrients such as omega-3 fatty acids, phyto-fatty acids, anti fiber that has been shown to be beneficial to health.

In this case we will analyze the relationship of MD with Arthritis. Arthritis can be degenerative, e.g. osteoarthritis (OA) or immune background, e.g. rheumatoid arthritis (RA).

OA can be due to mechanical stress or degenerative etiology (aging) when it occurs in a large part of the population.

According to the international literature it has been shown that compliance with MD (consumption of omega-3 and polyunsaturated fatty acids, a variety of vitamins, as well as vitamin K, D and antioxidants) but also weight loss in obese people can affect the likelihood of disease and on the other hand its course.

More specifically, studies indicate that the application of MD helps to reduce the incidence of OA, while in already suffering individuals to reduce pain, inhibit the worsening of symptoms and improve quality of life. Further benefits of MD are its prophylactic effect on the occurrence of metabolic diseases (Type II Diabetes) but also the very nature of MD as a tool to reduce body weight, as the above factors contribute to the development and progression of OA.

The beneficial effects of MD seem to be due to its inhibitory effect on factors that promote the occurrence of inflammation in the body, through at least two known mechanisms. First, recent studies have found an association between MD and the health of the gut microbiome, the disorder of which is associated with inflammation. Secondly, the immediate positive effect of MD as it helps to reduce the levels of pro-inflammatory cytokines (such as interleukin 6 and the factor TNF), which play a key role in the creation and perpetuation of inflammation in autoimmune diseases such as RA.

RA is a systemic inflammatory disease that typically affects the joints. The association of RA and other autoimmune diseases with diet has been extensively studied. It has been found that the presence of omega-3 fatty acids, vitamins and other antioxidants, but also the reduced intake of saturated fats and simple sugars, are associated with a reduced chance of occurrence, the presence of milder symptoms and generally an improvement in the course of RA. Through MD, frequent consumption of fruits and vegetables, whole grain products, olive oil, fatty fish, nuts, etc. where they ensure the intake of the above micronutrients and macronutrients. The international literature specifically recommends compliance with the MD as it includes the above benefits.

In addition, obesity and weight gain are aggravating factors in terms of the incidence and outcome of the disease, which highlights another benefit of MD, as mentioned above is the basis for losing extra weight.

Finally, it is worth mentioning that olive oil, one of the main components of MD, has been the subject of research, which demonstrates the positive effect on intestinal health. This is achieved both by maintaining the intestinal microbiome at healthy levels and by helping to regulate the production of proinflammatory cytokines, actions that as mentioned above contribute to the better management of RA. More specifically, it has been found that olive oil helps reduce the levels of TNF factor, where the importance of this fact is understood if one considers that anti-TNF agents are an advanced and effective treatment for severe RA cases.

In conclusion, adherence to MD helps both to prevent the occurrence and to manage the course of arthritis, either of a degenerative type or of an immune background. This fact has been recognized and gained ground in the international scientific community and its use has been proposed in daily clinical practice and its integration into the treatment management protocols of arthritis patients.

Dietitian – Nutritionist Anna H. Matsagoura was born in Athens in 1990. She studied and graduated from the Department of Nutrition and Dietetics, Department of Food Technology and Nutrition of ATEITH. In 2013 he performed Internship at P.G.N. Attikon, as a practicing Clinical Dietitian – Nutritionist, where he was assigned to create a daily diet for patients of various clinics, monitoring outpatients and quality control of patients’ meals. Her dissertation on “Risk of Development of Malnutrition in Maxillofacial Patients” was prepared in 2013 at the General Hospital. Thessaloniki George Papanikolaou. At the same time he was active as a private Dietitian – Nutritionist. In 2014 he did an Internship at a private Diet Office in Stuttgart, Germany, specializing in food allergies and Idiopathic Inflammatory Bowel Diseases. In 2017, it started its own Dietetic Office in Kallithea, Attica. The same year she offered volunteer work at the Municipal Polyclinic of Kallithea while at the same time she was an article writer on the website www.fashionfreaks.gr, with her own weekly column on nutrition issues. In 2019 he completed the Specialization Master Practitioner in Eating Disorders & Obesity of the Center for Training & Treatment of Eating Disorders, being now an official member of KEADD. He regularly participates in Conferences and Meetings and is constantly updated on new data in the Science of Dietetics.

Free shipping for orders over 29€ for all of Greece. Direct delivery to your place wherever you are Dismiss